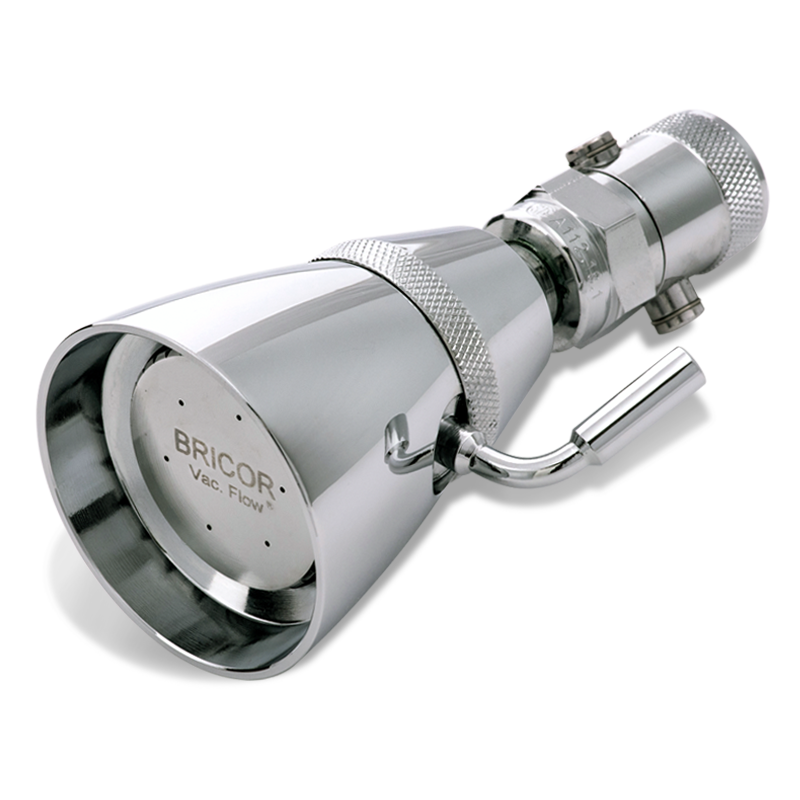 Have you ever heard of a Navy Shower?

No, it doesn’t mean your bathroom is painted blue.

It is showering the way they do it in the Navy. Think about it; there is only so much water that a submarine or naval ship can carry. They want to use as little water as possible during a shower.

Dan the Navy Man in his blog goes so far as saying: “Regardless of whether or not the water has reached desired temperature, wet entire body from toes to scalp”. You can take that step, depending on how hard core you are.

Bricor has a shower head called the Navy Shower Head that has a built in Trickle Valve to switch the flow of water off and on. Now, you may ask, why not just turn the shower handle to switch off the water? Well, as can be seen in the video above, when turning the water back on, you will have to adjust the handle to get the right temperature and flow strength. With the Bricor Navy Shower Head, pressing the button will turn the water back on exactly as it was when you turned it off.

So, you don’t have to go on a submarine to take a Navy Shower; you can do it right in your own home! And help to conserve water and energy.